As we dig deeper Talakadu is getting more mysterious. The history of talakad has it all what it takes to grab attention from people.

A mythological tale, Curse of queen, Royalty decline and what more is this town is hiding under its hood of sands to offer. With every brushing off the sands from the buried city of temples there is something new to dig deeper. The Talakad history is enriched with folktales and beliefs.

It is believed that ‘Talakadu’ has been named after two twin brothers Tala and Kadu. A famous tale has been associated with the history of Talakad now known as Talakadu. Once they were cutting down the tree and noticing wild elephants worshiping the same tree, in which they discovered the tree having an image of Lord Shiva and then drop their axes. Worshipping the tree, wild elephants miraculously transformed into the rishis and the tree restored itself. Every one present over that place of miracle obtained moksha and the place since then are called Talakadu. Now there are two stones representing twin brothers are placed in front of Veerabadra Swamy temple.

The Curse Of The Queen

Once upon a time, a king named Tirumala raja of Seringapatam was being afflicted by an incurable disease. He came to Talakad for offering his services to the Vaidyesvara temple. His second wife named Alamelamma was taking care of the kingdom after him, meanwhile hearing about his husbands near to death condition she hand over the kingdom to the Raja Wodeyar of Mysore and left. Raja Wodeyar was in desperate of possessing jewels of Rani Alamelamma. He sent his soldiers to seize the jewels. Almelamma knowing the evil intention of the Wodeyar threw jewels in the river Kaveri (than known Cauvery), and drown herself uttering three curses: 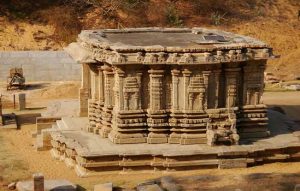 It is also believed that later Lord Ram halted for a time while expediting towards Lanka. Talakadu name has been changed many times under the reign of different dynasties and possessions. The city has also been once the capital of kings and different sovereigns. 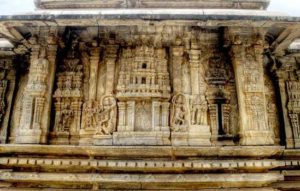 “Let Talakād become sand, let Mālangi become a whirlpool, let the Mysore Rājas fail to beget heirs.” Since then it is said that those three curses affected the Talakad, making it from vibrant city to the deserted town and also the royal family reigning over there is a strange problem of having their rightful heir.

Must know facts before a visit

It is better to know than to regret

Winter visit to this place is much better as the temperature is relatively high in summers. Average summer temperature goes upto 31C. Winters will be pleasant to explore town and dig history of talakad.

Entry in temples is absolutely free. Minimal charges from 2 rupees to 50 rupees are charged for temples daily basic rituals,pujas or abhisheka from people if interested in. 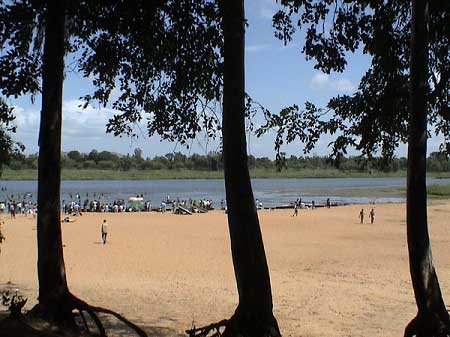 History of Talakad is dated back to the river Kaveri. Kaveri has blessed the Talakad with its sparkling flowing water on its left bank. It is believed the Talakadu now’s condition is the result of the changing course of water flow for the dam construction for irrigation purpose by one of the ministers of Vijaynagar Empire. Now, river Kaveri is being the tourist spot offering playful activities. “Panchalinga Darshan” is done by performing rituals in Kaveri. After exploring Talakadu, River Kaveri beach serves the refreshment after the whole tiring day.