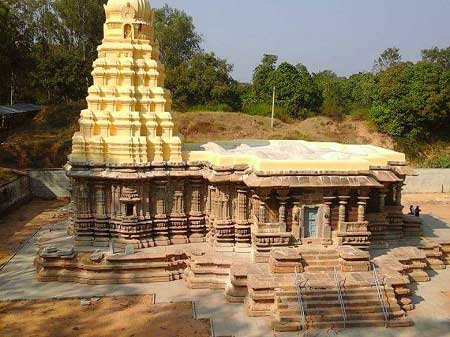 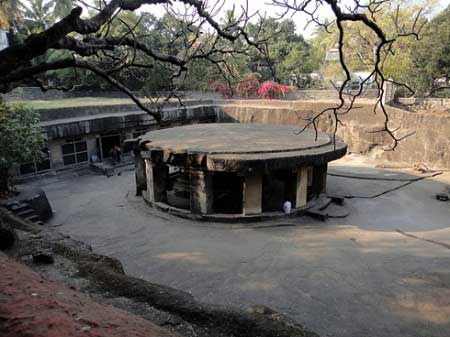 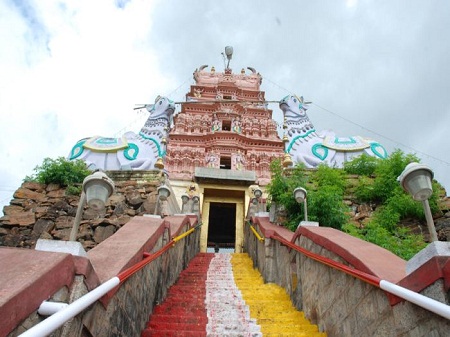 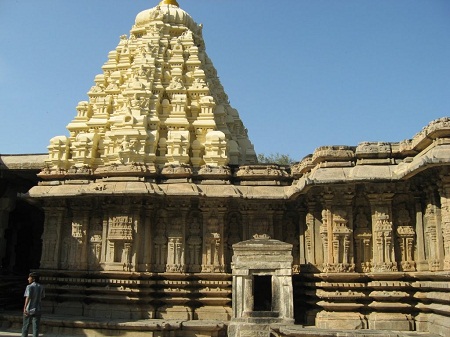 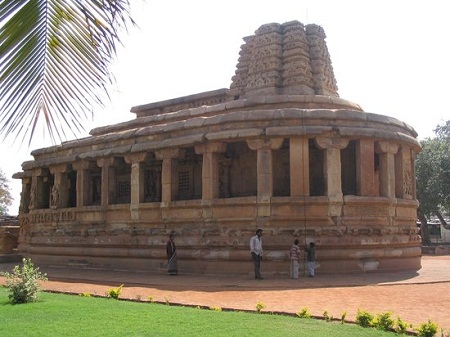 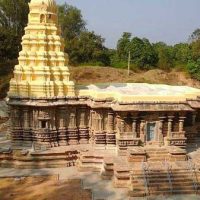 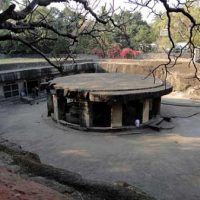 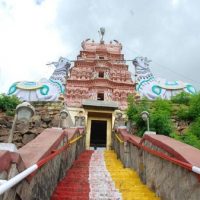 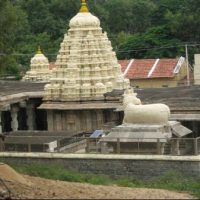 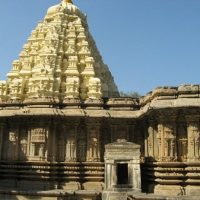 Group of Temples at Talakadu

This temple is one of the most famous temples dedicated to the Lord Vishnu. The temple has been excavated from sand but still, a major portion of the temple is still buried under the sand. The temple is having eight feet tall idol of God Vishnu on Garuda Peeta.Keerti Narayana temple also is the representation of Hoysala win over Chola dynasty.This is the only temple having Hoysala architecture till now in Talakad history.

This cave temple has been carved in the Rashtrkutas period. It is cut stone temple dedicated to Lord Shiva. A unique shiviling is installed in the cave temple. The shivling is known for its unique ability to change color. It is said that the Shiva linga appears red in morning, black in afternoon and white at night. The temple premises also have some different types of lingas. The way to temple goes downside for witnessing the main Shiva cave temple.

Temple is situated on the hill in Mudukothare. The Mallikarjuna temple is a temple with the idol of Lord Shiva and Brahmaraambika goddess. The Lord Shiva idol has a footmark of Kamdhenu, the mother of all cows. According to the beliefs and stories, it is believed that the Kamdhenu itself comes up to the hilltop where the temple is built for Lord Shiva to give milk. The 100 step up walk to the temple, which is one of the panchlinga temples is worth to take to have a look to scenic beauty from the top.

This temple is from one of the historical places of Talakadu and the most important tourist places in Karnataka, is slightly located in an isolated place. The Temple has the idol of Durga, Bhairavar and Abhayangara lingam along with Lord Shiva. A Vastu Yantra is at the front of the temple. According to locals and belief, it is said that the cows suffering from any disease can be cured in this temple. Temple has located in Vijaypura away from Talakadu of distance 15 to 20 km.

The temple from one of the panchlinga places is a place of Hindu pilgrimage. Lord Shiva is worshipped in the temple. According to a local narration, the temple is a devotion to Vidhyanatheshwara also known as the Lord of doctors. According to the legend, about Vidhyanatheshwara of healing himself as in tree form when was axed by two brothers. The temple stood still since from the Chola dynasty reign having a Dravidian architectural design. A Bronze Gajasthamba also can be witnessed in the temple.

This temple has the largest linga among the Talakadu panchlinga’s temples. It is also one of the oldest in the history of Talakad built by Ganga kings. It has believed that Brahma himself has installed the shivaling here. Maruleshwara temple is nearby from Keerti Narayan Temple. To worship the deity, stairs of 20 to 30 is taken to walk down. The temple also has the idol of other god named Maheswara, Thirumal, Ambigai, Surya, Ganapathi, Shanmugar, Veerabadhrar, and Navagrahams.